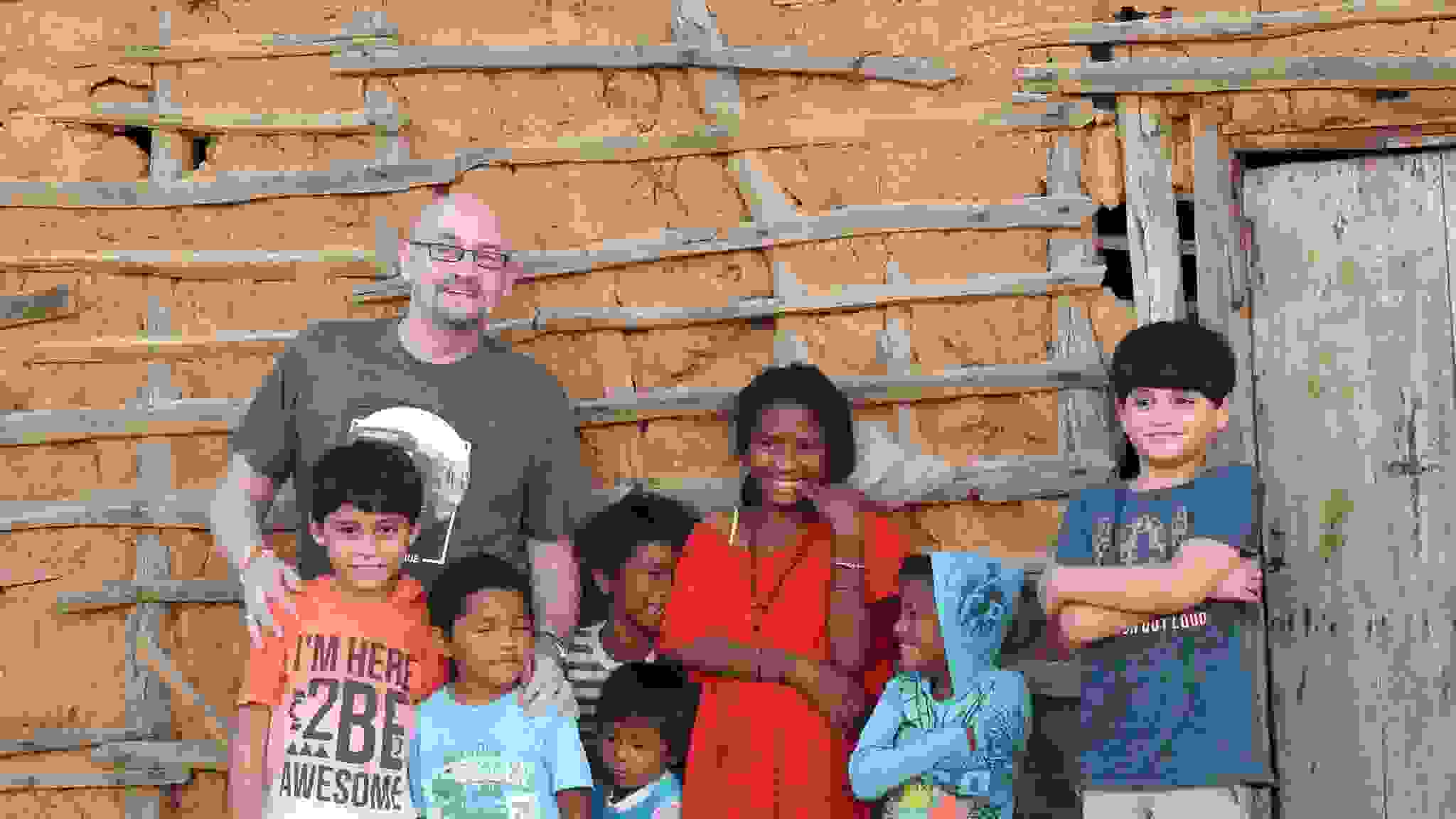 The Guajira is the desert region of Colombia where the Wayuu Indian Tribe communities are found. It’s estimated that there are around 300,000 Wayuu who live there.

When we first began this project in 2001, the children were barefooted, malnourished, wearing torn, ill-fitting clothes. Although, the area is still poverty-stricken, with the community living in mud houses, the children’s quality of life has risen significantly. The children are now more alert, healthier and eager to study.

We started this project under a tree but now the school has several concrete-block built classrooms, with in excess of 100 students attending. Toilets and a kitchen have been built greatly improving the facilities there.

However, the Wayuu still like to cook with wood on an open fire.  This means that the women (men don’t do this work according to Wayuu culture) have to rise early each morning to go and gather the firewood for cooking.

Water is a scarce resource in the desert with average rainfall of 12 inches per year. In one of our previous projects, we built a well in the village.

Oasis of Hope Foundation started the school in Yaguacat in 2001.

The school was situated under a tree with just a few students in attendance. The kitchen was nothing more than a wooden table set up in the shade of a tree. A nearby wood fire was used to cook the meals.

Donate Now - together we can make a difference

Your generous gift will help us fund our mission to help the poorest children in Colombia. Together, we can make a difference.

Oasis of Hope Foundation-UK is a