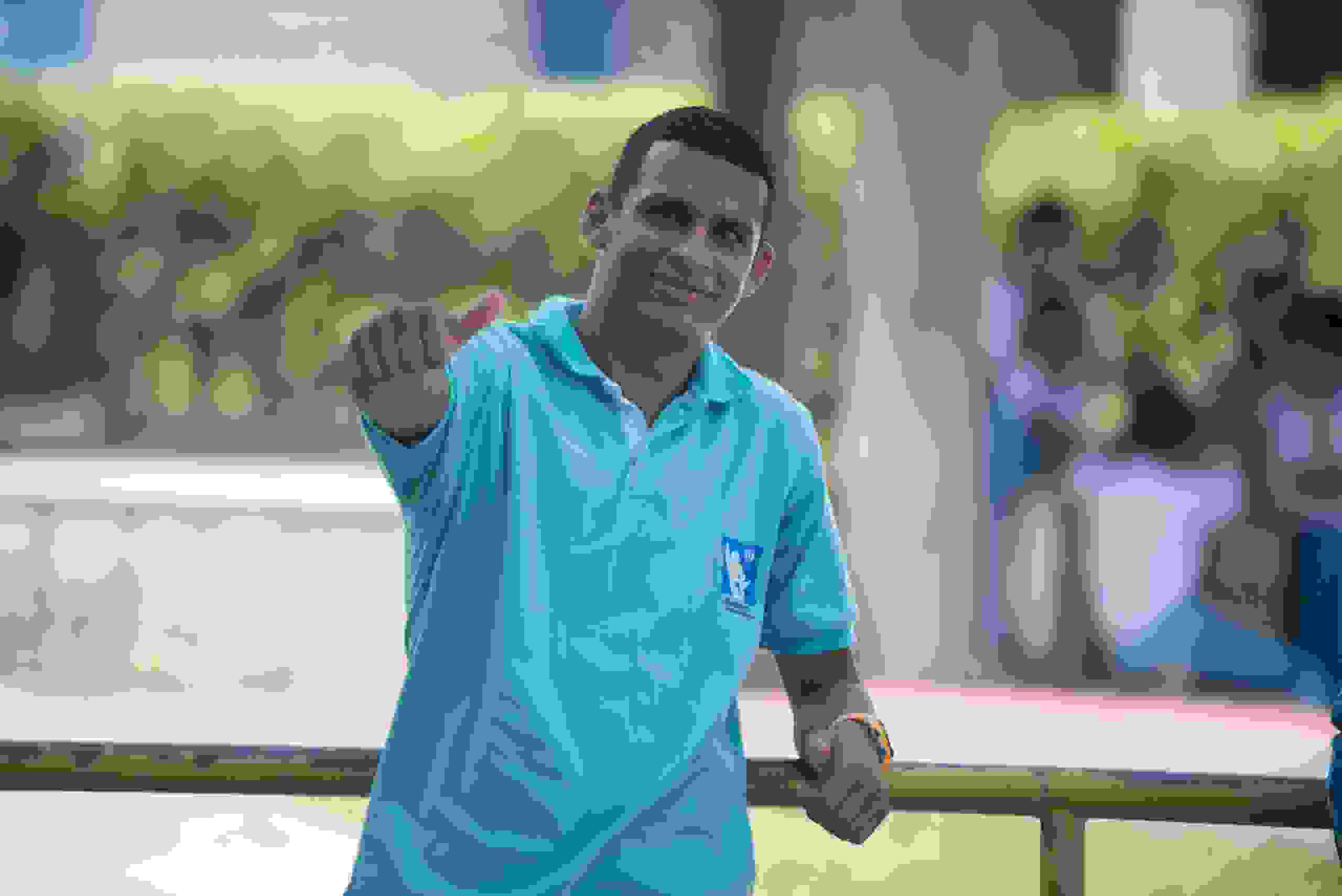 Camilo overcame gang violence in Bogotá (the capital of Colombia), became a star student and now prospers as a role model for the Oasis of Hope School and the surrounding community.

In 2008, Camilo looked after himself while his single mother worked day and night to support him. As he describes it, “I had no law and order.” The impact that the breakup of his parents' marriage had on him was evident. He was not disciplined in school and his grades quickly deteriorated.

Camilo needed a change so he moved to Bogotá to live with his Dad but he continued to feel abandoned, alone and angry. He was misunderstood and he didn’t finish school that year as no one could get through to him.

Out of school and on the streets, Camilo got caught up with a gang and found himself in a serious knife fight with another boy – he survived, just! He was only 13 years old.

Camilo needed change. His father gave up on him and sent him back to Santa Marta to live with his mother. Sometime later, after failing at several schools, she brought him to Oasis of Hope School.

Initially Camilo was short tempered and didn’t get along with his classmates. However, the patience, love and determination shown by the teachers helped him to turn over a new leaf.  Camilo found “a Heaven on Earth” and fell in love with the school, soccer and studies. He realised his potential as both an athlete and a student and excelled in all he put his hands to.

Today, Camilo is the Sports Science teacher at Oasis of Hope Academy. He’s demonstrating the ability to connect with students in the very manner he needed most when he was a 13-year-old boy, bewildered by his surroundings.

Camilo deserves much credit for his positive impact on the Oasis community and also for never giving up on himself.

Sponsorship gives students like Camilo the chance to break free from the cycle of poverty and negative circumstances they often find themselves in.

Camilo overcame gang violence in Bogotá (the capital of Colombia) to become a star student at Oasis of Hope School.

He went on to study Sports Science at University.

Today, Camilo is the Sports Science teacher at Oasis of Hope School

Oasis of Hope Foundation-UK is a